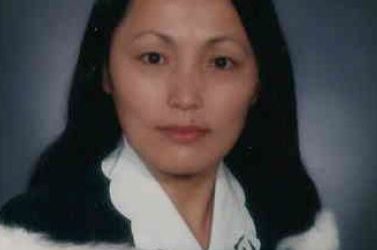 Diagnosed with Rheumatoid Arthritis at 38 years old, Rumi retired from her work as a Registered Nurse at an early age to focus on her health & family.

Being retired, my daily activities consist of attending interesting events while managing my household. That includes taking care of many plants (orchids and other mostly tropical plants) and tidying up after my husband who is very active in his community. I also try to keep in touch with my dear friends.

Why did you/do you want to become a nurse?

I wanted to have a job and be independent financially since I was in Grade 6. Growing up in a small village surrounded by mountains, rivers, and rice fields, there wasn’t much information on jobs or professions in the 1960’s. My family happened to live next to the village doctor’s clinic. It was there that I watched nurses working and I liked what they were doing. Being aware of my family’s limited financial resources, I decided to be a nurse, as the three-year program was made affordable with available scholarships.

What was the most valuable lesson — inside or outside the classroom — you learned as a student the University of Toronto?

When I went through the nursing program in Japan, I learned the response to the famous question “What is nursing?”  What I became aware of while I studied at U of T was that despite the differences in culture, the basic concepts of nursing and what nursing strives for are surprisingly similar – caring, respect, advocacy, and research. Nursing instructors in Japan in the 70’s did not use the phrase “Best Practice” but we were taught not only “what and how” but most importantly “whys” behind nursing.

If I limit the valuable lessons to the knowledge attained at U of T, I learned about the aboriginal peoples, cultures, communities, and their history in Canada, that was new for me.

What is your favourite thing about nursing?

Caring for clients means new encounters, meeting many people, and therefore learning and widening and deepening one’s beliefs and understanding of people. I think a nursing background equipped with a solid program (like U of T’s) can open up gates to many fields of jobs, professions, and opportunities nowadays.

Favourite Bloomberg Nursing professor: I have many professors to thank for. Especially my NUR200Y Clinical Instructor. I was at Sunnybrook, Veteran’s wing. (I remember her face, but can’t recall her name) and my NUR 1016F professors: Lianne Jeffs, Gail Donner and Rebecca Hagey.

Favourite quote: Insanity: doing the same thing over and over again and expecting different results

How do you plan to celebrate nursing week? Visit younger nursing colleagues.