Dr. Sioban Nelson is a leading nursing scholar. She has published nine books (seven edited or coauthored collections and two monographs), including the acclaimed Say Little, Do Much: Nursing, Nuns, and Hospitals in the Nineteenth Century. With Suzanne Gordon, she edited the prize-winning  Complexities of Care: Nursing Reconsidered, a ground-breaking work on the challenges facing contemporary nursing. Notes on Nightingale: The Influence and Legacy of a Nursing Icon (co-edited with Anne Marie Rafferty), honours the centenary of Florence Nightingale’s death. With Maria Tassone and Brian D. Hodges she co-authored Creating the Health Care Team of the Future: The Toronto Model for Interprofessional Education and Practice. Dr. Nelson served as editor-in-chief of the journal Nursing Inquiry for 12 years. Currently, she is co-editor of the interdisciplinary Culture and Politics of Health Care Work  series for Cornell University Press.

She was a commissioner on the Canadian Nurses Association National Expert Commission for the Future of the Health Care System that launched the “A Nursing Call to Action” report in June 2012. Dr. Nelson was member of the Board of the Canadian Association of Schools of Nursing, and co-chair of the Assessment Committee of the Canadian Academy of Health Sciences on Scope of Practice in the Health Professions and lead author on the 2014 assessment report. She is the former Head of the School of Nursing at the University of Melbourne, Australia (2004-5), and served as Dean of the Lawrence S Bloomberg Faculty of Nursing at the University of Toronto from 2005-2013. She served as Vice Provost Faculty and Academic Life (2014-18) and Vice Provost Academic Programs (2013-18) at the University of Toronto. She is a fellow of the American Academy of Nurses and the Canadian Academy of Health Sciences. She is currently a member of the Quality Council of Ontario and serves as a board member of the Canadian Academy of Health Sciences.
Her historical interests include the history of nursing and material culture, the impact of the Rockefeller Foundation on global nursing in the mid-20th century and the transnational history of nursing; her policy interests include professional regulation, competency, mobility and the global health workforce. 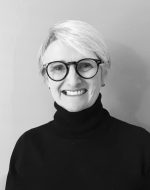