“I am interested in supportive models of care to improve health outcomes for individuals with chronic diseases, including those with diabetes and heart failure.”

At U of T Nursing, Dr. Monica Parry is an Associate Professor.  In response to student demand for a practice-focused global health graduate program, Dr. Parry assisted in developing the innovative Primary Health Care – Global Health area of emphasis in the NP program.

Her program of research includes supportive care measures to improve the health outcomes for individuals with chronic disease. Dr. Parry is researching the use of impedance cardiography to improve health outcomes in individuals with heart failure. She has investigated the use of peer support and advanced practice nursing interventions to improve health-related quality of life, function, pain and depressive symptoms in men and women with cardiovascular disease. As well, she is developing a model of care using peer support strategies to prevent type 2 diabetes.

Dr. Parry is an active supervisor in our international visiting PhD program, where she has assisted students to publish on a broad range of areas including pain management, undergraduate nursing student knowledge, and risk factors for coronary heart disease in various ethnic populations.

Dr. Parry is an investigator with the Toronto Health Economics and Technology Assessment (THETA) Collaborative, a multidisciplinary research collaboration based at U of T. She is also an investigator at the Banting & Best Diabetes Centre and is core faculty and an investigator in the Collaborative Program in Resuscitation Science in the Division of Emergency Medicine, Faculty of Medicine, at the University of Toronto. Dr. Parry continues to practice as a nurse practitioner in cardiac surgery at a tertiary care hospital in southeastern Ontario. 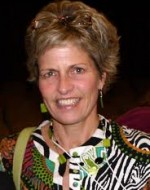 Acceptability and Feasibility of a Low-Sodium Diet in Canadian South Asians: A Pilot Randomized Controlled Trial

Cardiovascular disease remains the leading cause of death worldwide. Almost one million South Asians (3%) live in Canada and represent one of the country’s fastest growing populations. According to the Cardiovascular Mortality Study, hypertension is the leading cause of mortality in this community. People of South Asian descent are at high risk of developing hypertension, and they develop this at a younger age. The Global Burden of Disease Study cited diet as a major risk factor contributing to the rise in hypertension. More than 90% of South Asian people add salt to their cooking and 40% add salt to their food at the table. The purpose of this pilot trial is to examine the acceptability and feasibility of a low-sodium diet in Canadian South Asians.

South Asians represent one fifth of the world’s population with ethnic roots originating from India, Pakistan, Sri Lanka, Bangladesh, and Nepal. When compared with their age-adjusted East Asian and European counterparts, they have a 3 to 5 fold increased risk in myocardial infarction and cardiovascular death, primarily because of their increased risk of Type 2 diabetes mellitus (T2DM). South Asians have lower muscle mass, higher body fat, a tendency to accumulate fat within and around the abdomen, and a predisposition to develop T2DM 10.5 years earlier than other ethnic groups. The clinical implications of earlier onset T2DM include a longer disease burden and exposure to endothelial damage. Canadian South Asians have very low rates of physical activity; increasing their risk for abdominal obesity, T2DM, and cardiovascular disease (CVD). The purpose of this pilot trial is to examine the acceptability and feasibility of an accelerometer-based intervention designed to increase daily step counts in inactive Canadian South Asians aged 24-34 years compared to usual care. Secondary outcomes include: 1) waist circumference and 2) health related quality of life.

An MN-NP student and a student in the Collaborative Program in Resuscitation Science, Danielson assists in examining the relationship between diabetes mellitus and sudden cardiac death in Southeastern Ontario (2015-2016). He will describe out of hospital cardiac arrest (OHCA) in people residing in Southeastern Ontario and examine differences in age, sex, ethnicity, year, region, past medical history, presumed cause and disposition between people with and without DM.

Examination of the Feasibility of the Dietary Approach to Stop Hypertension for Chinese Canadians (DASH-CC): A Pilot Randomized Control Trial