“Regardless of how the staff mix is decided, cost-effectiveness and safety needs to be considered when making staffing decisions.”

Linda McGillis Hall is a recognized leader in nursing health services and systems research, with a particular focus on health human resources and the nursing work environment. At U of T Nursing, she teaches health systems and research and is an Adjunct Scientist with the Institute of Clinical Evaluative Sciences.

Professor McGillis Hall was the first Canadian to be inducted as an American Academy of Nursing International Fellow (2007), the inaugural recipient of the Canadian Nurses Association Order of Merit for Nursing Research in Canada (2008), and was inducted as a Fellow of the Canadian Academy of Health Sciences (2010). Her research excellence has been recognized with several career awards, including the [Ontario] Ministry of Health and Long-term Care Nursing Senior Career Research Award (2009-2012), a Canadian Institutes of Health Research New Investigator Award (2002-2007), and a Premier’s Research Excellence Award from the Government of Ontario (2003-2008). She received the Award for Excellence in Nursing Research from the Canadian Association of Schools of Nursing (2011), the Research Mentorship Award from the US Health Services Research Organization – Academy Health’s Interdisciplinary Research Group on Nursing Issues (2013), and was named a Senior Massey Fellow (2015). Most recently, she has been named to the Sigma Theta Tau Honour Society of Nursing Nurse International Researcher Hall of Fame (2016). Professor McGillis Hall gives invited presentations nationally and internationally, contributes to research review panels and works extensively with policy leaders, professional and union leaders and federal and provincial governments around nursing health human resources and outcomes issues.

Dr. McGillis Hall’s numerous studies have addressed myriad topics, including nurse migration and the integration of internationally educated nurses, nursing staff mix models, and the effect of nurse staffing, interruptions to nursing practice on patient safety outcomes. Her current work is focused on the implementation of the NCLEX in Canada. 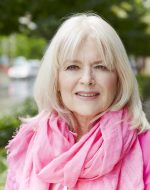 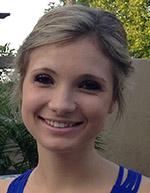 Janice Feather is a first-year doctoral student at the Lawrence S. Bloomberg Faculty of Nursing. She obtained a Bachelor of Science (Nursing) from Brock University in 2012 and a Master of Science (Nursing) from McMaster University in 2015. Her areas of clinical expertise include obstetrics and perioperative nursing. Janice’s research interest and passion is in the optimization of nursing work environments and patient safety. At the doctoral level, she plans to examine the nursing workplace behaviours that contribute to patient safety. 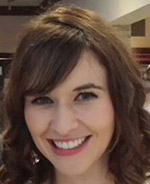 Candice McTavish is a first year PhD doctoral student at Bloomberg Nursing.  She completed a Bachelor of Science in Nursing at Western University in 2007 and a Master of Nursing at the University of Toronto in 2012.  She has been fortunate to work in multiple clinical areas, however, she has most enjoyed working in mental health settings and the community.  As she embarks on her doctoral studies, she will explore the work environment in mental health care settings and examine the factors that contribute to new graduate nurses feeling satisfied, empowered and capable of providing high quality care. Sanja Visekruna is a second-year doctoral student at the Lawrence S. Bloomberg Faculty of Nursing. She obtained a Bachelor of Nursing Science in 2009 and a Master of Science (Nursing) in 2012 from Queen's University. Her nursing career has encompassed direct care roles in critical care and paediatrics (Type 1 diabetes self-management focus), and an indirect care role in nursing education policy. Sanja's nursing research and interest are in the area of chronic disease self-management, specifically Type 1 diabetes. In her doctoral studies, she plans to examine the financial factors related to Type 1 diabetes self-management as well as the organization and accessibility of existing self-management programs specific to this disease in Canada.